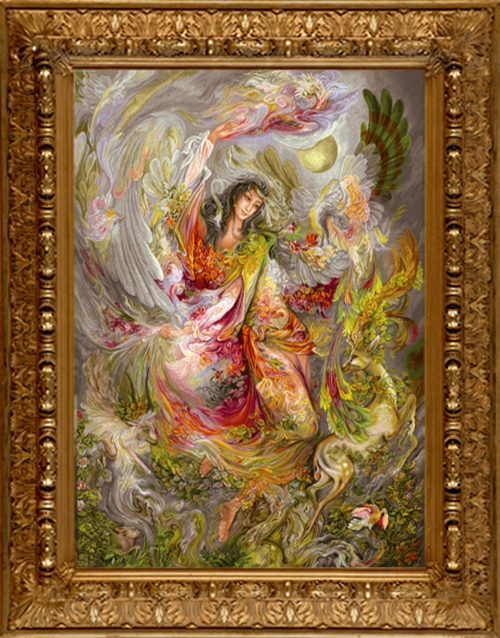 In the West, Persian carpets are perhaps the best known Islamic art form. Highly valued in the West since they were first introduced by Italian merchants in the 14th century, they were sometimes used to wrap relics in church treasuries. But carpet-weaving is not a specifically Persian enterprise, nor was it even the Islamic world that first began the practice. Although the exact origin of carpet-weaving is unknown, carpet fragments dating back to the 5th century BCE have been found in Central Asia. It was certainly practiced in that region long before the Islamic conquests of the 7th century, probably by nomadic peoples who used the carpets to line their tents and cover their horses. The fact that they were nomadic likely helped spread the practice. Persian manuscripts from the time of the Sassanid ruler Khusrau I also describe carpet-weaving. As the Islamic world expanded, the art became common not only in Central Asia and Iran, but also in Asia Minor, the Caucasus, northern India, and Islamic Spain.

Carpets were principally used in the Islamic world to cover the floors of mosques and houses, because Muslims go barefoot indoors. They were also occasionally used as wall decorations. They were usually made from sheep wool, goat or camel hair, or in later times, cotton and silk. Persian and Turkish carpets made up the bulk of Islamic carpets. The first half of the 16th century is considered the “Golden Age” of Persian carpets, when large carpets with rich colors and complex designs were produced out of factories in cities such as Isfahan. Turkish carpets feature a different style of knotting, curvilinear designs, and softer colors. Carpets throughout the Islamic world were not always distinct enough to assert their differences with certainty, and styles changed frequently.